Been awhile since I’ve done an update on lil’ Thatcher. Can’t believe we will be celebrating his second birthday in just a few months. NO STOP IT.

Oh Thatcher, we love you SO HARD. He’s like my little pal and we spend a lot of time together. Here are some things I want to remember about Thatcher James at 22 months.

24 pounds, wearing 9-12 month shorts, 18 month rompers, 18-24 month jammies. He is tall and narrow! Size 5 moc. He’s had two haircuts and is in desperate need of another one, but I love his fluffy ginger hair, I can’t cut it!

One of my most very favorite things in the whole world is lifting him out of his crib in the morning or after nap. He is all warm and sleepy, he is zipped up in his sleep sack, his cheeks are pink and his hair is all fluffy. He is happy to see me. Best feeling everrrrrr. Our routine is to zip him up in his sleep sack, hand him his two lovies- stuffy and lamb lamb, and give him his beloved paci. My kids have all been very attached to something soft- Isabelle still sleeps with her Olivia doll and Linc has the grey owl in his bed. Thatch likes those two little stuffed things- they both have tags on them and he fiddles the tag between his 2nd/3rd fingers or 3rd/4th fingers and its just really cute, he reaches for the tags as soooooon as it’s time for bed. He knows. We do the five ducks song and the goodnight book every nap/night. And this is so sweet- when we are gone out and the kids are home with a sitter- Isabelle has taken it upon herself to be in charge of Thatcher’s routine. She does THE WHOLE BIT. It’s so sweet, she loves him so much and he is perfectly content to have her put him to bed.

Thatch is quite chatty! His favorite word is NO. But sometimes it’s two syllables like Noooo-Aahhhhh. Very dramatic. His vocab also includes: yes, yay, mom, dad, go, boat, bubble, please, duck, hi and bye, dog, whoa, uh ohhh, hot… he understands 99% of what I say to him and can actually follow directions pretty well. He waves at everyone and everything, this cute little pageant queen wave. His main goal in life is to BE BIG. Like the big kids! Go and do what they do, he copies them constantly. He has an especially sweet relationship with Isabelle, she is so kind and careful with him. She sits and plays with him, helps him find things, gets him a snack. Everyone needs a sister like Isabelle! Thatcher must be nearing two because he throws this hilarious mini fit when he doesn’t get his way…except he is so tiny and sweet it’s kind of funny. If you ask him to smile- he gives this hilarious cheese face.

He loves to play toys- peoples, cars, trains, his favs are all the Cars characters. Loves them, knows them all, it’s fun. He will loooove Carsland when we go to Disneyland in the fall! When he gets to watch a show, he can’t contain his glee. Sometime I should video it, he gets SO EXCITED. And he sits in the big rocking chair like it’s totally his. Cars and Planes: Fire and Rescue are his favorites. loves watching airplanes in the sky. Loves being outside, period! He is the king of snack food. Eye roll. He likes breakfast okay, yogurt toast fruit cereal. Lunch is pb and J. But dinner is tricky- he doesn’t eat much of anything. We just keep trying and give him a hail mary vegetable pouch before bed! Will eat a popcicle or a fruit snack anytime, anywhere. And ketchup! Seriously he licks it off of french friends. Doesn’t actually eat the fry, just the ketchup. (Morgan he might be yours?)

Can’t remember a time before Thatcher. I know I always say that about my kids after they are born, but it’s true. He has always been a part of us, here or there, and the joy he brings to our family is immeasurable. I wish I could have ten more kids, it goes so quickly and it’s kind of a bummer that eventually they are going to leave me. Cue tears. 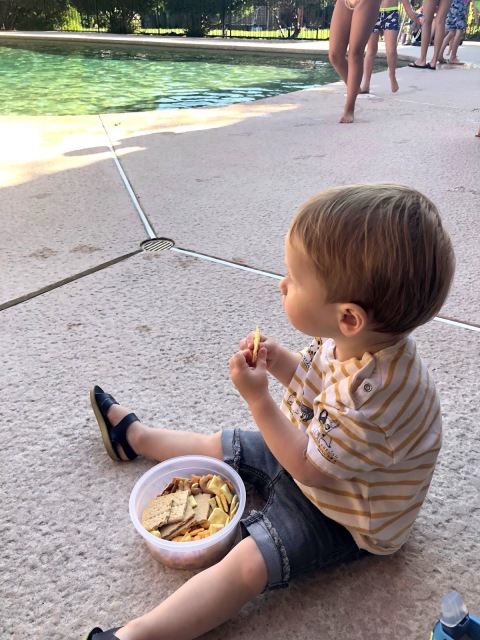 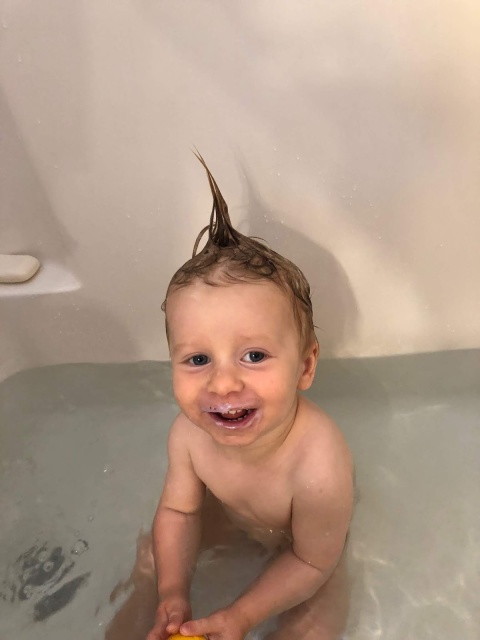 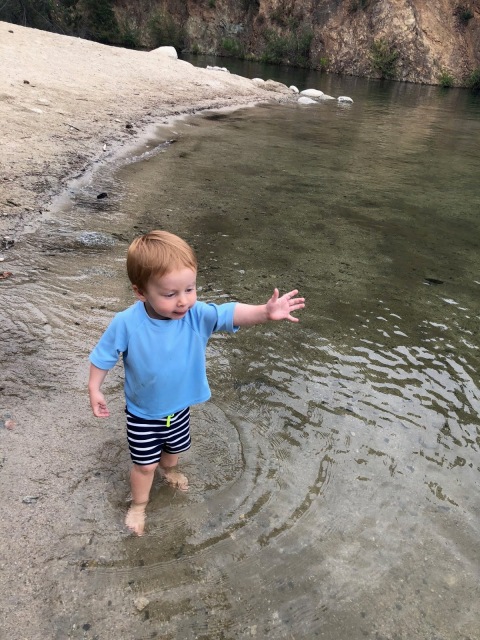