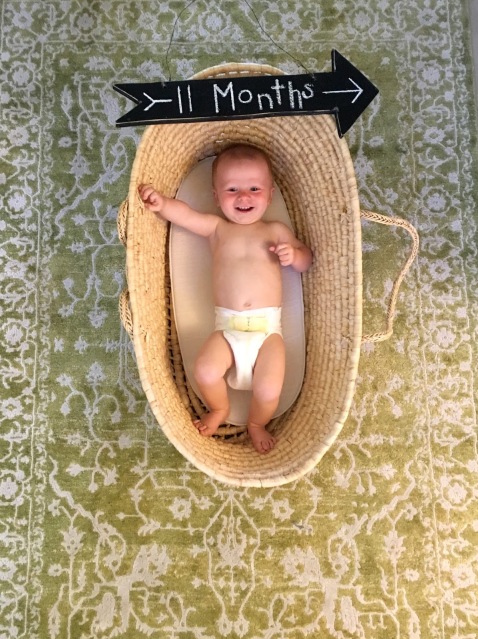 One month away from his first birthday! Can’t even believe it.

Thatcher at 11 months- almost 18 pounds, wearing size 9-12 month clothing, size four diapers, EIGHT TEETH AND THEN ALSO TWO MOLARS. Two molars! He was soooo fussy for two days and I could not figure it out. And then Jazz felt for molars. Two shark teeth back there. Sheesh! 95% for head circumference, 75% for length (18.5 inches) and 25% for weight.

Thatcher is BIZZAY. He wants to be where all the other kids are, he hates being blocked out of a play zone. His greatest ambition in life is to play with the toilet. Crawling everywhere, pulling to a stand, walking holding on to literally anything. I just keep waiting for him to let go and take off. I’m not ready for that part! He says mamamamama and dada and does this cute giggle thing when he’s excited about something. He watches Isabelle and Linc constantly and thinks physical comedy is hilarious. He also loves watching the dog run around.

Eating all the food. He loves sweet potato chunks, any fruit, soft carrots, yogurt. Pretty much anything green ends up on the couch. Refuses eggs unless they have ketchup on them. Will take a cracker anytime. Thatch still doesn’t loooove the car. We went on a weekend trip that ended up being quite a bit of driving and he did pretty well but when he was sick of it he sure let us know. I hand him a toy and he throws it on the ground- repeat over and over until we are there.

Thatcher naps twice a day, morning and afternoon, though we are juggling pick ups and after school activities and sometimes he falls asleep in the car and his transfer rate is about zero percent. Hashtag, third kid. He is still nursing, we are really close to that year mark and that’s great. I love nursing, but I don’t lose weight while I’m nursing, and it would sure be nice to shed this pregnancy figure I’ve got goin on. He doesn’t take a bottle though and is iffy with a straw so I’m not sure how this will all go. For now I’m just enjoying the time during the day (and night) I get to sit down with him and just hang out. He isn’t my worst sleeper (Isabelle.) but he isn’t my best, either. (Lincoln.) Up a couple times a night, sometimes he is up at 5:30 for the day… just isn’t consistent at this point.

Thatcher is just pure happiness. He’s happy, he makes us happy, he is smiley and fluffy and cute. He is just my little pal. He lights up when Jazz gets home from work, which is really adorable. I want to remember how he crawls around all quickly and squeals when he realizes I am chasing him. I want to remember that he sleeps best on his tummy with his bum in the air. I want to remember how his little eyelids fight to stay awake when he is nursing before nap, his body all relaxed and spread across my lap. I wish I could make physical memories, like freeze them and be able to replay them over. I love this baby so much I LOVE HIM SO MUCH I can’t believe it. 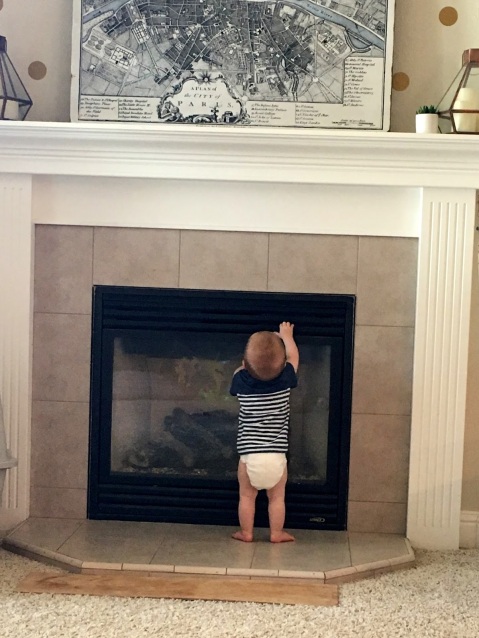 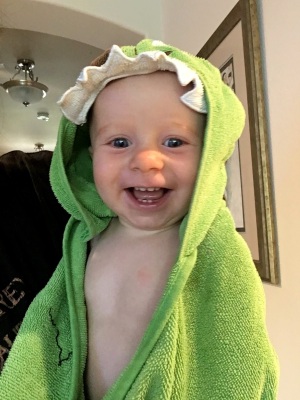 Thatcher lost his first tooth at school and got the coveted tooth necklace to bring home. Bein five is pretttttty great.
One month already with our perfect caboose! Magnolia is such a sweet baby. She eats every 2-3 hours during the day and goes 3-5 hours at night. She loooves being swaddled for sleep and takes a paci pretty well. Loves bath time. Tolerates me dressing her up like a real life dolly! She’s got Izzie’s nose and eyes, Lincoln’s mis-matched ears, Max’s hairline and Thatcher’s mouth and chin. Not day goes by I don’t thank my Heavenly Father for this miracle baby. Sure didn’t plan on having kids in three different decades 😂 but so enjoying this season. Could def use a nap tho.
I can’t believe it’s been 12 years since this girl made me a mom! I didn’t even know how to hold a baby, let alone take care of one. She has been patient and forgiving since she came- she blows me away with how thoughtful and kind she is. She’s the smartest kid I know, responsible and organized and is the sweetest big sister. 😭 I’ll be forever grateful to her for coming first and paving the way, she changed my life. Happiest of birthdays to my OG girl. 🎈🎈
Ten slides of Maggie Lou. Enjoying every bit of this blurry newborn phase - the froggy legs and fuzzy skin and constant cuddling. I know it goes sooo quickly- she’s already changed so much and has started filling out. Mags, we ❤️you!