February has sort of slipped by me this year. Not a lot on the calendar, just our regular routine and Valentine’s day, nothing major, but all of the sudden it’s the 25th and March is just a few days away. I know that February is a special month for congenital heart defect awareness, specifically the 8-14th leading up to Valentine’s Day. Last year I sort of “felt the spirit” of the campaign. This year I gotta say, I wanted to crawl into a cave and hide. Part of me wants to be the biggest advocate for the cause, to raise money and awareness, and the other part of me wants to completely ignore it because it’s just too painful.

It’s been 22 months now. Almost two years. I don’t count the days anymore, and sometimes I don’t even realize the 24th until it’s come and gone. But I’ve been thinking about my Max lately.

Lincoln asked me last week “Mom when is baby Max gonna come OUT!” Like all frustrated. So I explained to him again about where he is and when we will see him. He told me, “well he never got to come home and play.” Those kind of moments with my kids are heartbreaking, and it’s all I can do to finish talking with a smile on my face and find a place to cry just for a minute. Lincoln was only two when Max was born, he doesn’t remember anything, and the older he gets the more questions he has. I love when he asks me about his brother. My greatest fear is that he will be forgotten.

Linc wanted to know about when he was born, so we opened my laptop and looked through all the pictures while I told him the story. I love his story and I love telling it. Anyway, we were scrolling through pictures and I happened to glance at the picture of the first time I held Linc, after the c-section. The time stamp is 3:42 am. Linc was born at 2:13 am. So an hour and a half after he was born, I finally got to see and hold him while in recovery. At UC Davis, they take the baby right away so I didn’t hear him cry or see him or anything. At the time I didn’t think anything of it, just disappointed that I missed out on that time because of the c-section in progress.

I’m so thankful for those tender mercies that are still becoming apparent to me- knowing that Heavenly Father had his hand in every minute of that baby’s life. I’m so thankful that I had to have a c-section with Lincoln, because it gave me life with Max. Just a few minutes, but I’ll always be grateful for them.

Anyway, that’s been on my mind lately. Coming up on two years and it seems like the longest/shortest time of my life. 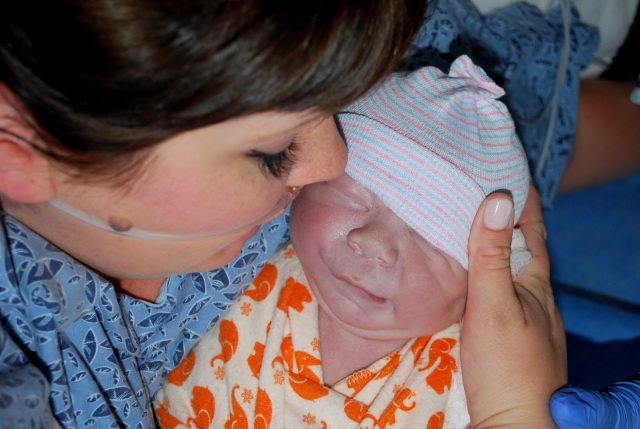