Sean had a little break in school so he and Rach and baby Jakob made the jaunt up California to visit us in Redding. I know I already mentioned it but we had SO much fun. We played games and went shopping and pushed each other’s babies on the swing at my moms. Seanie doesn’t get a break very often so I really cherished our time with their family. Did I just say cherish? Lame. Anyway, had to share some pictures.

Cousin baths! Edited to make it blog-safe. There were some hilarious ones of the three of them but I’m not sure how appropriate it would be to display them on the Internet. Although, this might be the only time Jake takes a bath with TWO ladies… 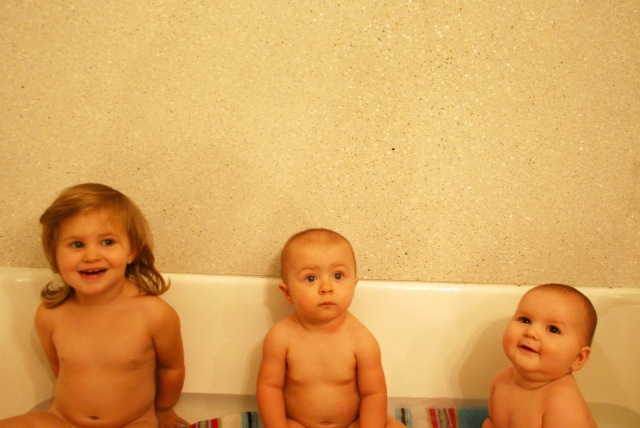 Isn’t he so pretty? I mean that in the manliest way possible.
Cousins with Pirate Pete. No we are not at Disneyland. Just at my mom’s. Halloween is her favorite time of the year. Naturally, she has a fully dressed skeleton in her living room.

It only took us like five adults and twenty tries to get a picture of the three of them that was halfway decent. Isabelle kept running away. Madilyn hates to smile on cue. And Jake, well, he was pretty much perfect.

Isabelle loves being in the car. And look at her teeth! You can’t see her molars but they are ALL FOUR OF THEM just about in. FOUR MOLARS. In other news, Isabelle loves steak. 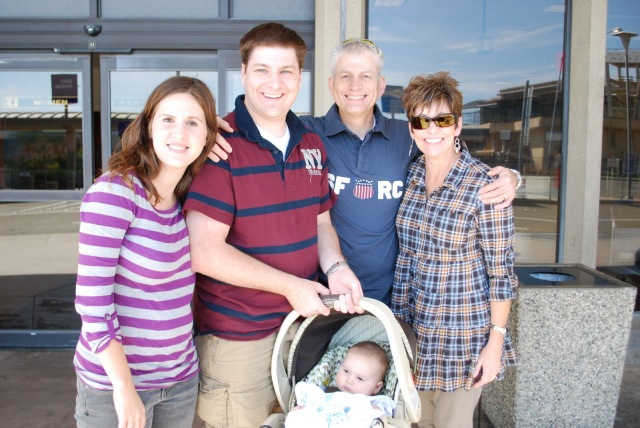 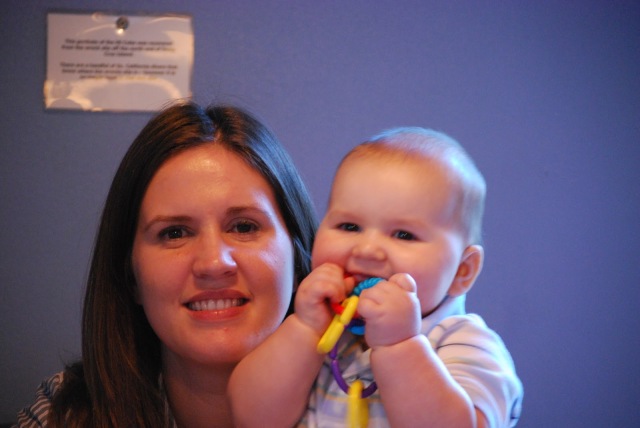 More bath photos…back to back we faced each other!

Aren’t they just the cutest little family ever?

And then I nibbled his little cheeks off. The End.

3 thoughts on “The Southernmost Sumsions…”