I took the kids on an almost 2,000 mile roadtrip to Utah and back last week and everyone survived! Lots of caffeine and movies in the car but we made it and we had soooo much fun. To recap:

We spent the first half of the week with my sister in law and her family. She has kids that are a bit older than mine and my kids LOVED that- they felt so special. Lincoln has been talking about a sleepover with his Utah cousins forever and it finally happened and he was thrilled.

We made plans to go downtown and do Temple Square/ City Creek and on the way a tiny piece of tire flew up from under another car and under my car and did some damage. Such a bummer. Britta took my big kids while I waited for roadside assistance (bless Thatcher for taking an appropriate timed car nap!) and a few hours at Big O and we were on our way again. 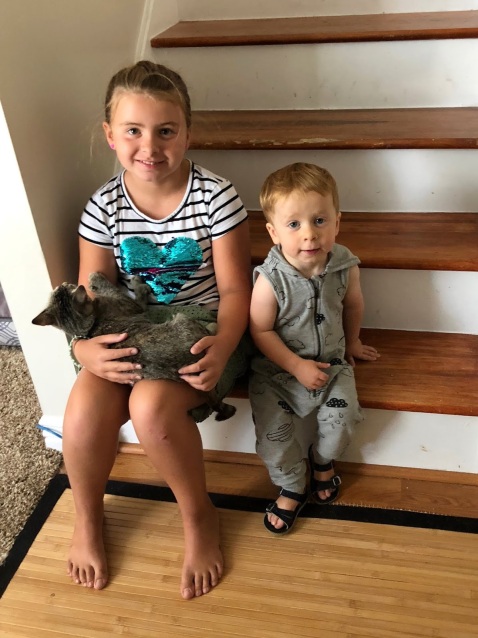 The next day we loaded up again for an attempt at downtown and this time we were successful. I haven’t been to Utah in four years, haven’t been downtown in maybe 8-9 years since I moved? Maybe longer? I don’t know. Everything is different but also the core is a lot the same and I wanted to show my kids some famous places.

We walked around the north side of Temple Square and decided last minute to pop over to the Conference Center so the kids could get an idea of the massive scale of the building. This sweet volunteer gave us the mini tour since we were short on time (toddler attention span) and led us downstairs to get a better view. There was even someone practicing the organ! Lucky day! 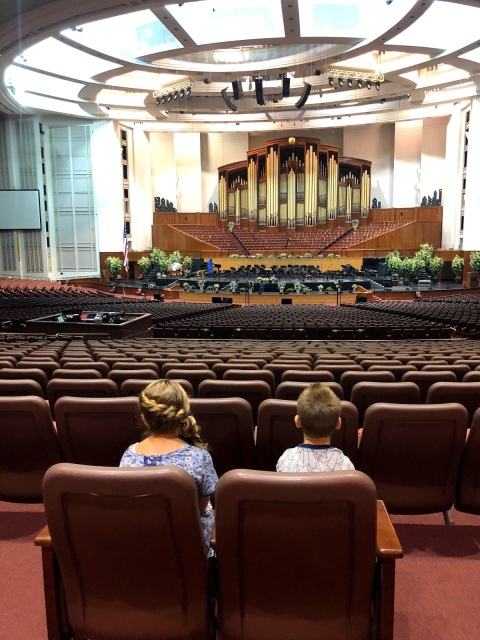 We got out of the elevator on the lower floor and my jaw dropped. Right there across the room was my most favorite picture! It has come to mean so much to me since we had Maxwell, it hangs right in my living room so I can see it every day. It’s so much bigger and even more detailed in real life, it was such a fun treat and the icing on the cake for this day. Hard to contain the tears, just felt like a little message from heaven. Hi mom, I see you. I’m with you.

We were all sad to leave on Friday for the second half of our trip- Linc kept trying to negotiate some way he could stay there with them and I could pick him up at the end of the week! Lol. The big boys shared their xbox and nerf toys with him and I am 100% sure he would stayed there forever if I had said the word. Isabelle was so happy to have some girlfriends to do play makeup and hair with… we came home with a giant bag of slime that she is pretty proud of too. Maybe my fav part was just sitting on the couch staying up late and chatting in real life instead of on the marco polo ap! Thank you Britta and fam for having us, for sharing your space/food/cats and making us feel so comfortable!