Skip to content
I pledge allegiance to Disneyland! Forever and ever amen! It just doesn’t get old to us.
So this time we flew instead of drove. Found $49 tickets each way, so all four of us flew for under three hundred bucks. Can’t beat that. Was it worth it? I’m not so sure… Jazz was convinced it was easier, me on the other hand, not so much. Look at all the crap we had to haul. Me pushing stroller, dragging a suitcase with a carseat slung over my shoulder. Just regular mom stuff, you know.

We timed it so Lincoln would be exhausted by the time we boarded. We ran him around all over the airport and I waited until the doors were about to close before getting him on the plane. Gave him his bottle, fully expected him to pass out peacefully in my arms. Why do we ever plan on that. Of course he was fuss face wide awake the entire flight. As soon as we put him in his stroller, he fell asleep on the walk from the terminal to the rental car. Great nap.
So, we left our house at 6 am and were to the park by 1 pm. 7 hours? About three hours faster than driving.. but we didn’t have unlimited room to pack things, plus we had to rent a car, and also worry about our children wandering away from us in public slash screaming bloody murder on the flight. Just my notes.
Linc was so tired he let people cuddle him! See! 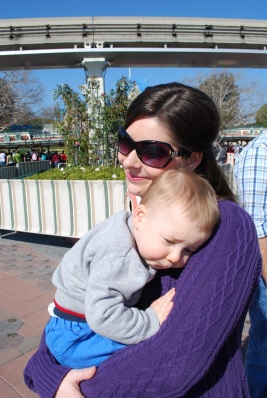 I just kept thinking he would conk out in the stroller… every so often he would peek his face out to be like, “Hey I know you thought I was asleep in here but guess what I’m not! Surpriseeeee!” I finally gave up- 20 minute nap all day was delightful. 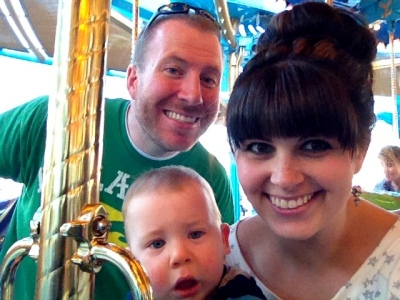 Ohhh my family. Every couple of hours I kept saying “this is my favorite time in the park.” I love the morning,  sunny crisp day, walking down main street, full of energy. I like the lull of the afternoon, babies napping, chatting with my sisters on park benches. I love dusk when we sit and watch the parades with corndogs and ice cream cones. I especially love the night time, when the crowds thin out, and the kids are exhausted, tucked into pajamas with sticky faces and light up balloons in hand. We like to stay late because we love being there, regardless of if we are riding big rides or waiting in line for Peter Pan. We missed my brother and his family…they weren’t able to make it this trip and it just wasn’t the same without them. Isabelle kept asking for Madilyn and Kira-bira. Disney just isn’t the same without Scott and his magic bag of tricks. 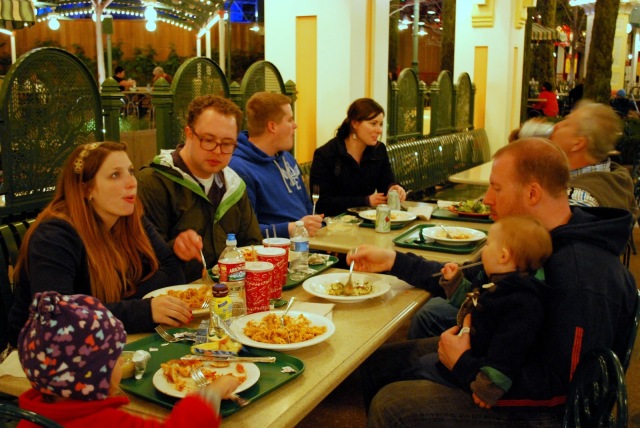 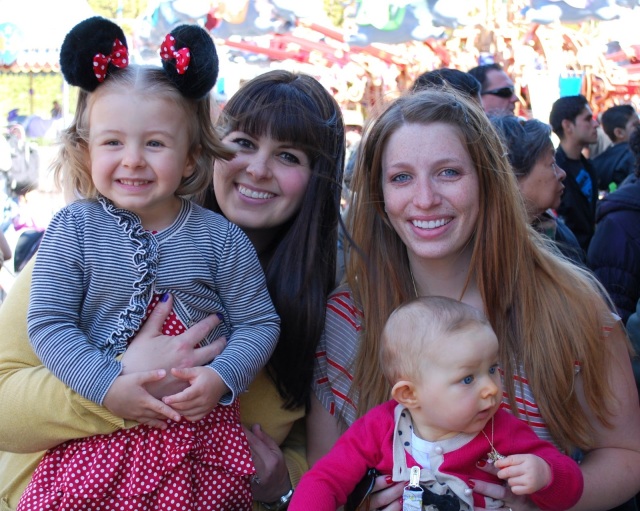 She named all her horses Sally, Fred, or Fluff. 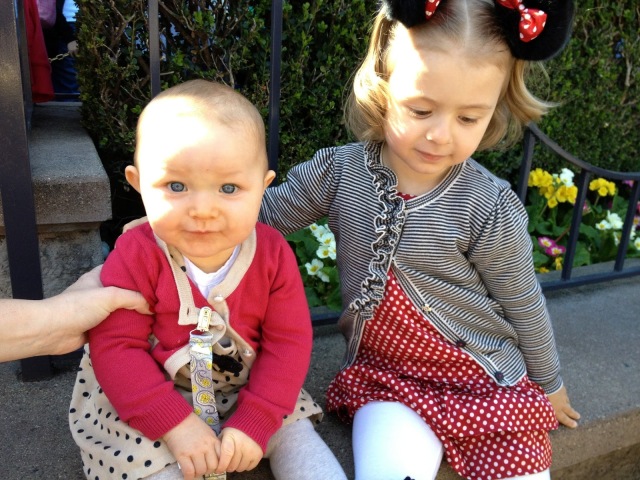 So. We make it a point to ride splash mountain and close out the park one night… despite the 40 degree weather. It’s been a couple years since I have done this one (pregnant, nursing, pregnant, etc) so I was super looking forward to it. We drew numbers for the front seat of the log and dad lost. Sorry dad. Poor guy rode in front and got drenched, looks like he has denim chaps on top of his jeans. Jazz was equally as soaked. I must say…. I got very lucky (or else I have secret techniques..mwahaha.) only got a few spots on my leg.