Did you miss me?

I think this is the longest I haven’t blogged in a really long time. Turns out, we were out of town and then we were recovering from being out of town and so now I’m back to update. Guess where we went? I will give you three guesses but you will probably only need one.

Our most favorite place on earth. We love to convene there with our giant family because it actually fits us all, we can come and go as we please, no one has to cook, and there are churros. ‘Nuff said. I wasn’t planning on attending this trip seeing as Lincoln was only 10 weeks old but some circumstances changed and it was decided we would come after all. Best decision ever, we had a great time.

Part of the reason why this was possible was Scott and JaNae offered to take Isabelle with them down in their car. They were driving their own two girls down anyway, and the thought of driving 9 hours with Lincoln having to stop to nurse just wasn’t feasible for me. Isabelle rode with them down and back while I flew with my parents and the baby making it SO much easier! I really owe them hugely giant big time. Isabelle had a blast, I’m not sure if she was more excited to ride with Madilyn or actually go to Disneyland.

I also got to use our new double stroller and its official, I’m obsessed with it. One of my favorite baby purchases of all time, I’m sure I’ll do a separate post on why it is so awesome. Lincoln was a champion traveler… I was so worried it would be hard to nurse him in weird places or that he wouldn’t sleep well or that he would be fussy and he was basically perfection. Every three hours at the park I would disappear to the baby care center for an hour or so then pop back up with the family, having so many adults around made it easy for me to leave Izzie with them. They take care of her like I would take care of her.

She had such a great time. She was so incredibly happy and so excited to see everyone. After one particularly long day, I made her little bed by folding the comforter on the floor and setting up her pillow and her babies. She saw her little space and exclaimed “oh mama, thank you for this bed. And mom, thank you for this hotel.” My sweet sweet baby. 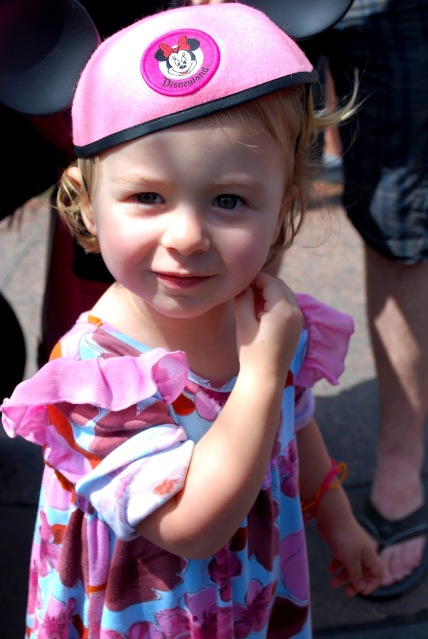 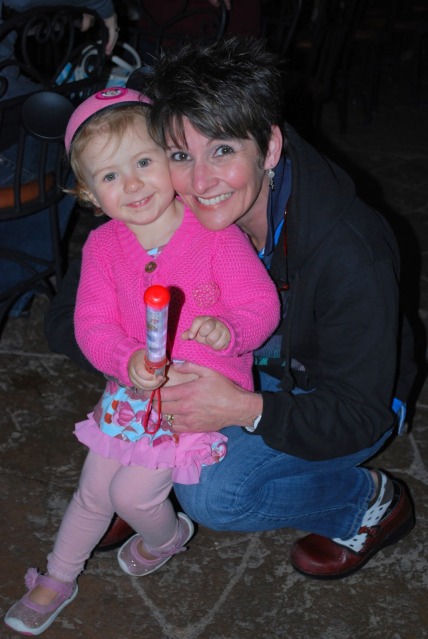 Sadly, this was before the Puke Fest for the Southern Sumsion family. They all got the flu and we didn’t get to see them as much as we wanted to. I felt so bad!

Funny story. I left to go on a Grown Up Ride for a few minutes and when I came back, some special people had kidnapped my camera and taken some choice shots, mostly of plants and signs, but this one was a particular treasure. 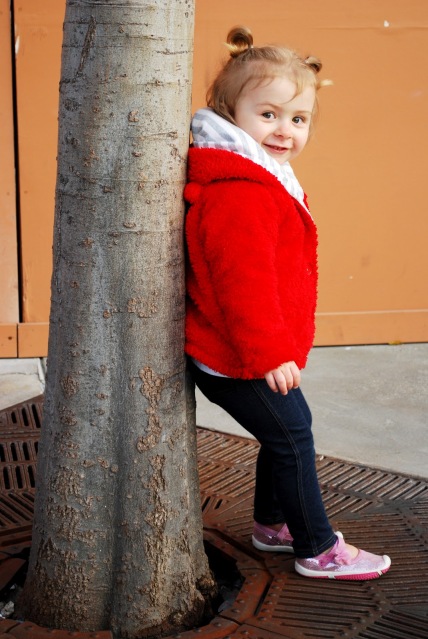 This trip was very humbling for me. I needed to see my family, particularly those who live far away from me. Like a big deep breath of fresh air.
I also really gained a testimony of the power of prayer on this vacation. There were so many things that could have gone wrong- mostly small things- but that really would have been difficult for me to deal with by myself. I prayed for Lincoln to do well on both airplane rides. We were the last ones on our southwest flight to Orange County and I found myself seated between two businessmen. I prayed I wouldn’t have to nurse Linc in that situation, and I didn’t. I was constantly praying for him to nurse well and be able to nurse where ever we were. Prior to this trip we had successfully fed and home and at church and that’s pretty much it. I prayed that I would have enough milk when he needed it. I prayed there would always be a chair available for me at the baby care center, and there was. I prayed that he would sleep, and sleep he did. Most nights until 5:45, so I could get a solid chunk of sleep before feeding him and getting ready for the long day. I prayed for energy and strength so I wouldn’t be tired, despite lack of sleep and such big days at the park.
Every small thing I asked for, I received. Lincoln ate well, he slept well, he traveled well. Prayers were answered.
I feel renewed. Disneyland can really do that to a person.