I have a bunch-o-stuff to catch up on including Lincoln’s blessing day and also how he is all of the sudden two(!) months old but I thought I’d start with Morgan’s shower.

Mo decided last minute to come out to be here for the baby’s blessing so we decided last-last minute to throw her a little shower for new Baby Girl Williams coming in June. Morgan’s doing purple in the baby nursery so we went with that..luckily I saved some stuff from Isabelle’s second birthday party. That, combined with my mothers ability to pull a party out of a hat, made for a fun afternoon. 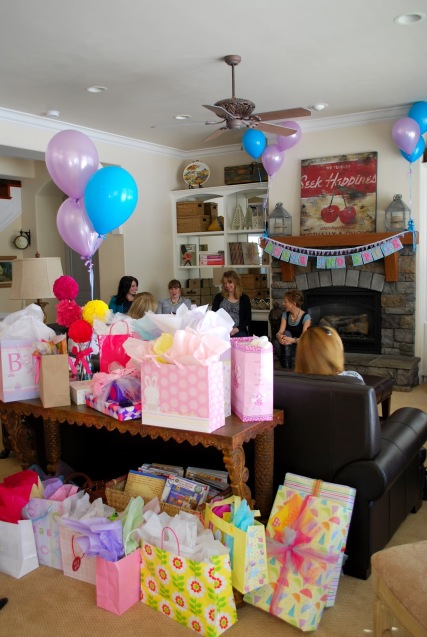 We kept it pretty low key- except for the food. We always tend to go overboard on the food. We had delicious chicken salads and homemade rolls and cheesecake and omg the strawberries. I ate like twelve. Morgan opened all of her gifts and everyone was really sweet and thoughtful. We’ve known most of these ladies since we moved into the area 20 years ago so they’ve all seen Mo grow up. Now she’s gonna be a mama! yay!

Also, this was too cute not to share. Madilyn wants to hold him every time we are together.

2 thoughts on “a shower for mo”