Skip to content
Alright, here we go.
We immediately stopped by Morgan’s bakery to see her delicious treats. And to see if she was wearing checkered clown chef pants. (She wasn’t, just black.) 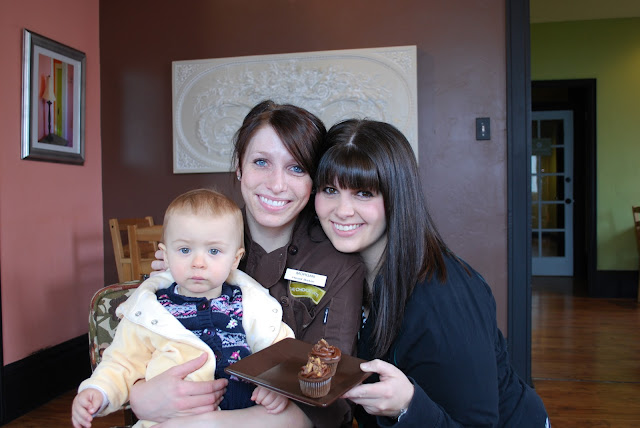 She hooked us up with some amazeballs treats. Double peanut butter mini cupcakes? I’ll take twelve.
﻿ 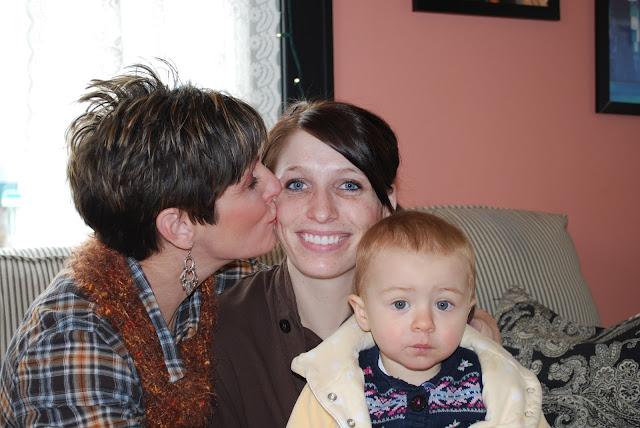 Isabelle only looks unimpressed. She very much enjoyed the chocolate chip cookie..mostly because Morgan used it to get Iz to like her. It worked. 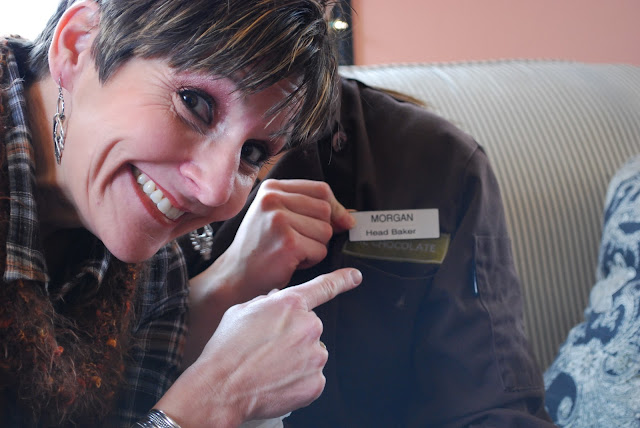 Head baker! The trillion of dollars on culinary school was worth it! 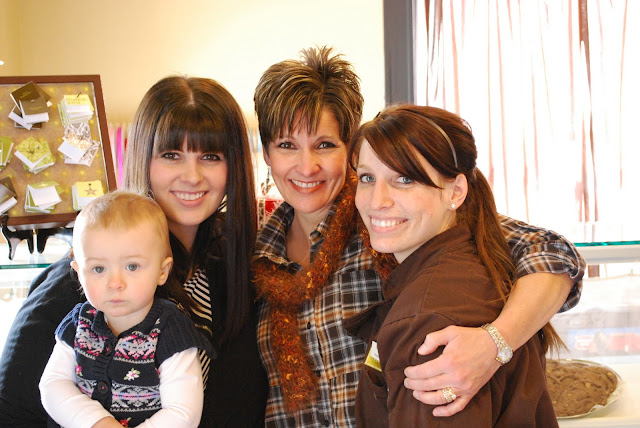 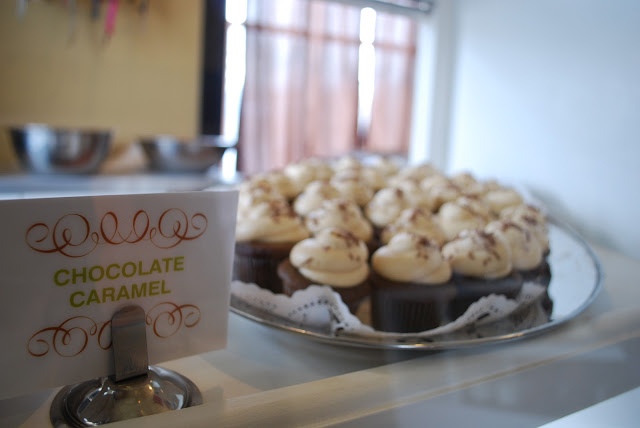 I highly recommend the cupcakes. And also the vanilla cake with vanilla frosting. I want it served at my funeral, it was so delicious.
We also stopped by Sabrina’s work (She is a dental assistant) but she was very busy with a sedation patient and could not be photographed. Not like the patient would have known…just sayin’.﻿
Then it snowed. Like 6 inches overnight. Turns out my weather.com ap is pretty inaccurate both in Redding and Orem. And when you don’t have a tiny snowsuit for the baby, you put on tons and tons of warm clothes, socks for mittens and away you go. She LOVED the snow. One of my favorite pictures of the trip. This was at Sabrina’s bridal appointment, and Isabelle was obsessed with the three way step mirror. I’m thinking we will have to install one in the spare room, though it did nothing for my self esteem. This is what she does when you ask her, “Isabelle, how big are you?” And then you say, “Soooo big!” when she throws her hands in the air. I’m telling you, it’s pretty cute. 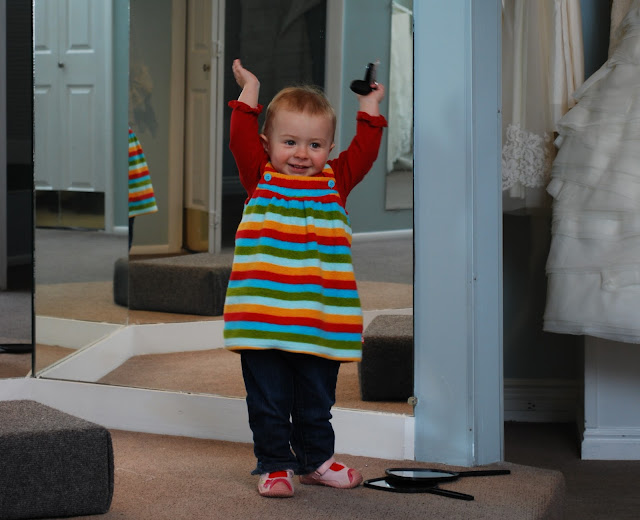 Also, I can not believe how many beautiful wedding gowns we saw. I wanted to pretend I was a) skinny and b) getting married so I could put them on. Lucky for me, I forced Sabrina to try on my favorites. It’s okay to live vicariously, right?

After the bridal appointment we went to look at invitations. Now, I love having Isabelle on a schedule at home, but it isn’t life or death, you know? While we were in Utah, she was such a trooper just literally slept whenever she could, wherever she was. It was great. I was terrified she would wake up as soon as we stopped the car but she didn’t! She just slept and slept and slept for two hours. We just cracked the windows and kept an eye on her from the store. Just kidding! Did you really think I did that? C’mon, give me some credit. I sat in the car with her while mom and sabs picked stuff out then Mom swapped me so I could see and give my opinion. It worked perfectly. 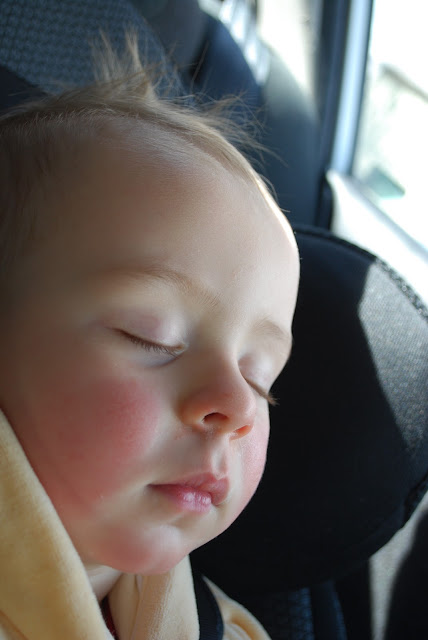 How perfect is that face? And the hair fluff!? Kill me.
We stayed at my Aunt Tami’s who graciously allowed us to take over basically her entire house. There was tons of space for Isabelle to run around but her FAVORITE part was the dogs. I’ve mentioned before that Isabelle LOVES dogs and that not so secretly I want to bring a puppy home but Jazz would probably stab me. Isabelle ran back and forth between the dogs nicely petting them and blowing them kisses. As soon as she woke up in the morning, or from her naps I would say, “Isabelle, you want to go find the dogs?” And she would shake her head and say “yeahhhh.” That’s how she says yes, all drawn out and she leaves her mouth open. It’s hilarious. 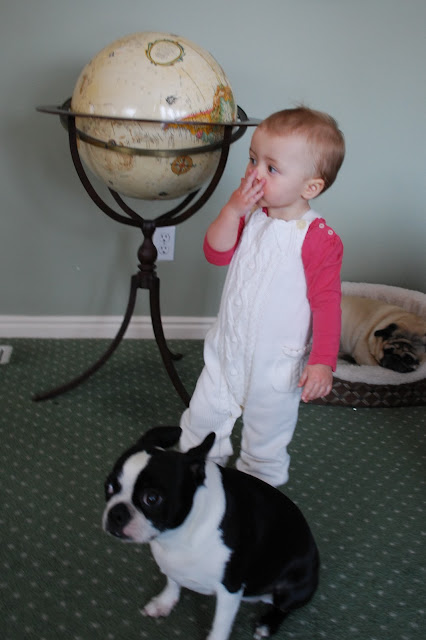 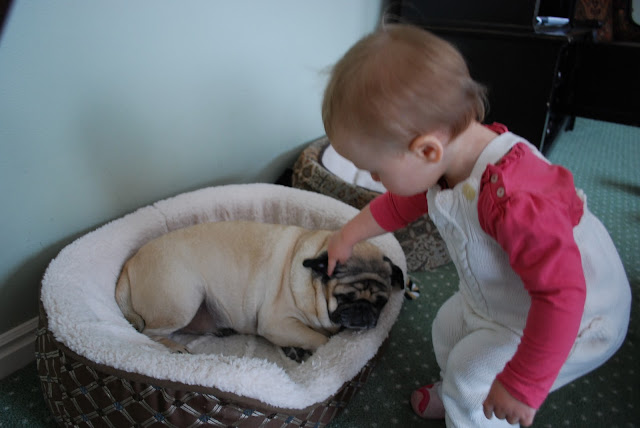 We also had a quick lunch with my old roommate/great friend Baxter. Well, that’s what we call her. She is going to India for a YEAR to help with leprosy colonies.. this is her second trip. 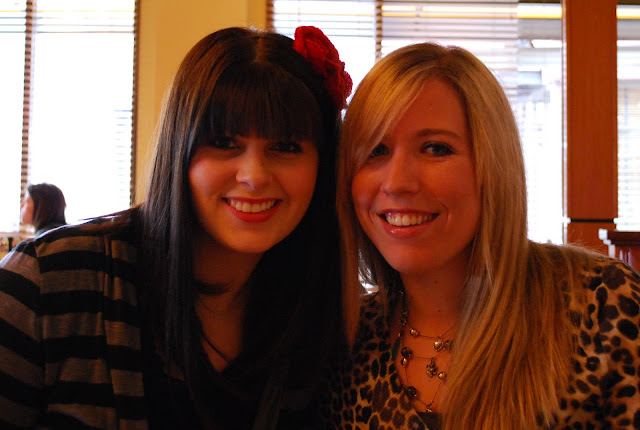 This is a lot of us! Me and Baxter, Sabrina and Jrod, cousin Cole, Mom, Aunt Tami, Mo and JR and Isabelle’s head. Notice all the food is gone. 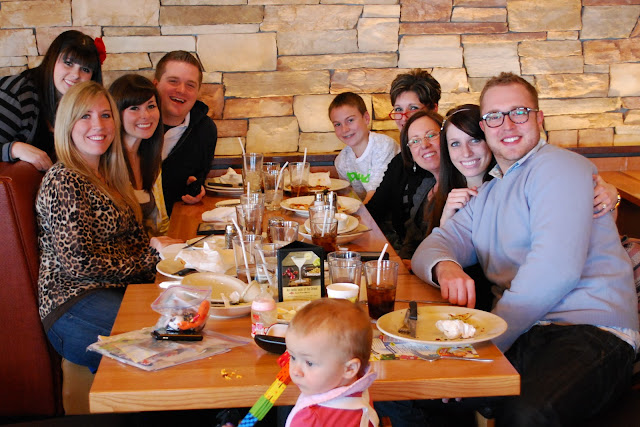 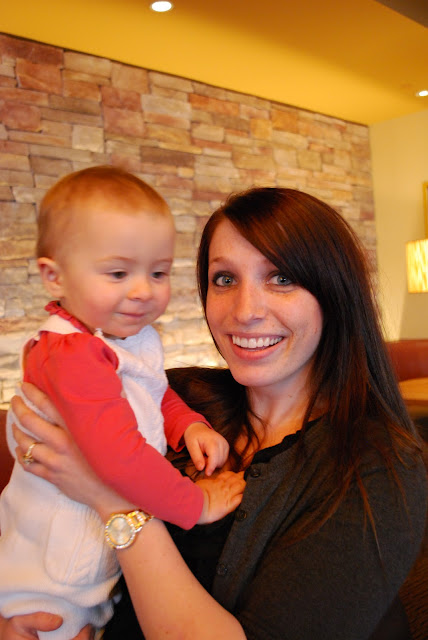 I haven’t seen Baxter since Isabelle was about six weeks so it was really fun to get together. Not to mention Isabelle has changed a bit since then. The time that the three of us lived together was FUN. 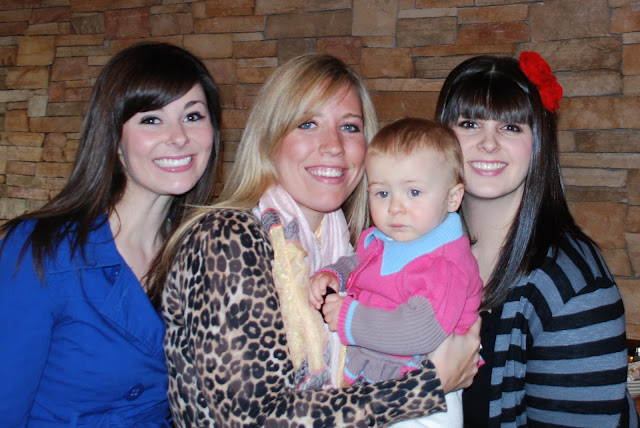 Okay, well that is part one of Trip to the Tah 2011. I’m only like a third of the way through the pictures! And I’m not even posting all of them! Exclamation point!