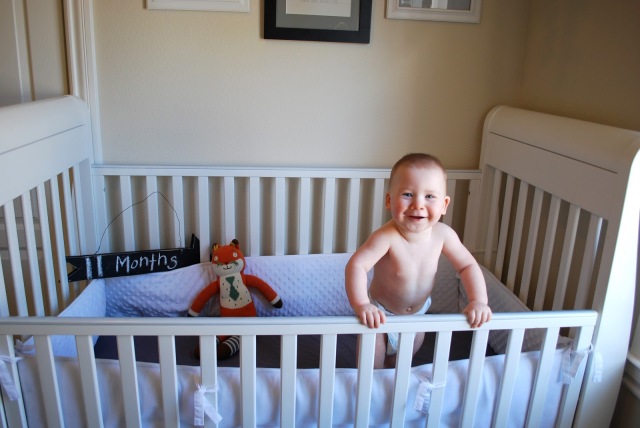 Nooooo Linc turns one in a month! Agh! I’m not ready!

Linc at 11 months is BUSY. He is obsessed with the stairs, wants to crawl everywhere and will climb up on anything. He has even started to push stuff over to other stuff so he can can use it as stairs. He had his first steps this month! December 13th, he just let go of the couch and took two little steps. He hates being changed… he does this crazy alligator death roll and it has made getting him dressed  my least favorite time of day. Seriously it makes me sweat, he is so strong and stubborn. I can’t keep shoes and socks on him to save my life. Lady in Target was all “It’s cold for that baby to have bare feet!” NO KIDDING, TELL ME MORE. Linc just wants to be included- to be doing whatever Isabelle is doing or be wherever she is. 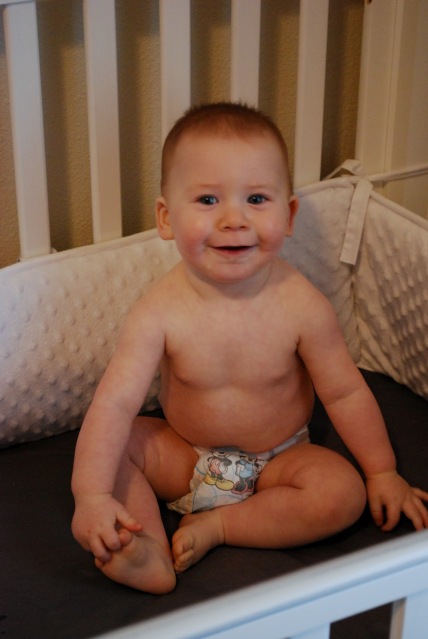 Linc is done with baby food, he wants to do it himself. Would eat a whole container of baby cheddar puffs if I let him. If I give him something he doesn’t like, he throws it on the ground. When he is finished eating his food, he throws it on the ground. If I give him food in the wrong order, he throws it on the ground. He is starting to wave his hands “all done” but it mostly just looks like excited arm flaps. He loves balls, light up crap, and anything that Isabelle currently is holding. Giggles at “z” words and choo choo sounds and LOVES when Isabelle makes her pirate voice. Next time you see her, ask her to do pirate voice. Occasionally we can get him to say “dada” but I’m not claiming anything official (why don’t my kids say mama first. unfair.)

He is on a pretty good schedule now, napping once in the morning and once in the afternoon. Maybe the best thing this month is that he is putting himself to sleep. YAY. Just makes some noise and talks to himself for a few minutes then he is out, usually on his tummy in a super cute downward dog position. Normally he sleeps so well all through the night but he had a flu shot and now he sucks at sleeping. Isn’t that always the case? Last night was better, so here’s hoping it was just the shot.

Lincoln is my sweetie pie. My little jolly fat faced baby. His hair is fluffy and turning kind of dark! Yessss. I love in the morning when I go to get him from his crib and hes so excited his hands flap around all crazy. He loves his mama.

Love this face. I’m such a good mother.